HomeTrendsDestinationsThe Good, the Bad, or the Ugly? A thorough analysis by Fabio Carbone

The Good, the Bad, or the Ugly? A thorough analysis by Fabio Carbone 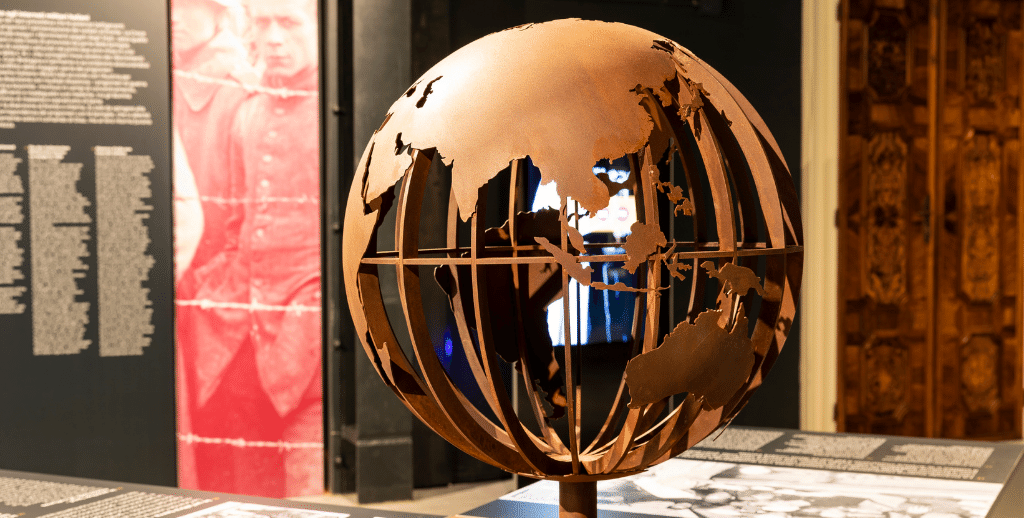 Fabio Carbone
Lecturer and researcher at Coventry University, UK
Global Ambassador of the International Institute for Peace through Tourism

The contribution of tourism to a widespread culture of peace is a much more complex subject than it seems. A revision of the approach to tourism – from both supply and demand side – is an essential step towards the establishment of an effective link between tourism and peace. In this context, it was recently pointed out the potential of war related attractions, particularly war museums, as “local infrastructures for peace” (Carbone, 2021). This article aims to stimulate a public discussion (involving curators, politicians, and destination managers) leading to a conscious and informed decision on the social role to be given to war related attractions and war museums: “the Good, the Bad or the Ugly”?

“Since wars begin in the minds of men, it is in the minds of men that the defences of peace must be constructed”, according to the Preamble to the Constitution of UNESCO (1945). Political and economic agreements are not enough to build a lasting peace. Peace must be established on the basis of humanity’s moral and intellectual solidarity. And it’s always important to remember that this is a shared responsibility between all human beings. Taleb Rifai has put it brilliantly in his last address as UNWTO Secretary General, in 2017, when he said: “Whatever our business in life may be, let us always remember that our core business is, and will always be, to make this world a better place”. I think this was call of duty to all men and women, in general, and in particular to all those who work in tourism, not only because it was issued by a representative of the UNWTO, but above all because tourism is the phenomena that probably most than anyone else is founded on human mobility, cultural exchange and encounter among individuals. These words thus became a guiding light to me.

My professional life is indeed dedicated to explore the (potential) links between cultural heritage management, tourism and the promotion of intercultural dialogue, global understanding and a widespread culture of peace. My scientific research focuses on this relationship, while “on the ground”, as a practitioner (and activist, I would say!), I create and manage (or collaborate with) projects that translate theory into practice, in Europe and in the Middle East, where conflict sensitivity and situational awareness, as well as diplomacy and tactfulness are fundamental skills. In this fascinating context, in the last years my work focused particularly on the role of war related attractions and war museums in promoting peace.

A war museum is an institution open to the public aiming to preserve and transmit, for different possible purposes, the memory of one (or more) specific armed conflict from any point in history to the present day. It should showcase material remains of military operations and/or objects that give an insight into both combatants and non-combatants’ experience of war. It should offer physical and/or virtual reconstructions, sensory trails and/or other technological means to provide visitors with a suggestive, powerful experience (Carbone, 2021). War museums are present everywhere in the world: the Imperial War Museums (UK) explores conflicts from WWI to the present day; the Museo Diffuso della Resistenza, della Deportazione, della Guerra, dei Diritti e della Libertà (Widespread Museum of Resistance, Deportation, War, Rights and Freedom) in Turin, Italy; the Tunel Spasa, an underground tunnel that served as a lifeline for the city of Sarajevo in 1993 to find shelter from Serbian snipers and mortar fire, turned in a war museum on the Siege of Sarajevo (1992-1996). I would like to mention here the National Museum of the Islamic Revolution and Holy Defense, in Tehran, Iran, focusing on the Iran-Iraq war (1980-1988), an outstanding example of war museum, thanks to the massive employment of new technologies that guarantee a touching and remarkable experience. Another project I was following was that of the Afghanistan Centre for Memory and Dialogue, in Kabul, aiming at promoting peace and reconciliation in a country affected by an intrastate, violent conflict. Meanwhile, the Taliban have seized power in the country, and the rest of the story is well known to everyone. In my opinion, such places potentially represent a huge resource for peace education, an idea based on a counter-intuitive reasoning (war museums/peace education).
Why, and how a war museum can turn into a center of peace education, and what are the current limitations? 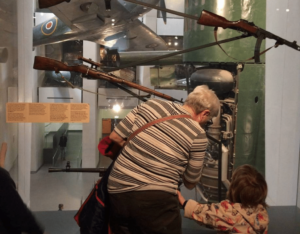 “War is fundamentally an interactive social process”, this is how the nature of war is explained by the manual Warfighting, published by the US Marine Corps (essential reading for every US Marine, and for any person who wants to ask the meaning of war – beyond any academic definition – to those who made warfighting their job). War is not an accident. It is important to understand war and its causes, in order to understand how to prevent it. Consequently, peace education should necessarily comprise the critical knowledge of conflicts. In this perspective, war-related attractions, and particularly war museums, seem to be ideal places for peace education, and – as I recently wrote in a scientific publication – they can potentially assume the role of “local infrastructures for peace”[1] even in the broader contexts of peacebuilding and conflict transformation. Nevertheless, the association between war museums and peace education is not devoid of controversy. I myself identify indeed two main obstacles to the possibility of turning the memories of war displayed in a war museum into a message of peace.

First, war museums are often used as political spaces where to celebrate and boost national identity. The narratives of war related attractions and, in particular, war museums, are the result of what Somers & Gibson (1994) called “process of selective appropriation”. Especially in countries where the conflict is somehow still unresolved, these institutions often become “like armies, an instrument and means of politics”, as stated by Muchitsch (2013). In general, war museums reflect the mythopoetic ability of a State, that is, “the capacity of a State – as a geopolitical subject – to tell its story in order to create cohesion within its borders and respect in the international arena” (Caracciolo, 2020). War heritage is in this sense a controversial, ‘dissonant heritage’ conveniently mobilised in remembering war, reconstructing landscapes, political systems and identities.

In the United Kingdom – where I currently live – I found an exceptional example of this approach to the history of conflicts. Any visitor who is also an acute observer will notice that the country is indeed studded with red poppies everywhere. They symbolise the memory (and perpetual celebration) of the English fallen soldiers from the WWI ahead. A compelling narrative is built around this subject, raising the fallen English soldiers to the rank of demigods. A very effective storyline, apparently, among all the Queen’s subjects, imbuing modern history with this supposed English heroism. A “selective appropriation” that forget a little too hastily the existence of English concentration camps in South Africa (beginning of the ‘900), the English war crimes (also against civilians) both during World War I and World War II, and – most recently – in Afghanistan and Iraq; the shame of “the Partition” (1947), and so on. Cultural institutions and war museums in the UK are generally in line with the red poppies’ (fairy) tale.

These places’ narratives may reflect the attitude of a State toward war, its place within the international arena, its geopolitical intents in the past and (more subtly) in the present and the future. It is easy to understand that this approach to history, particularly to the history of armed conflict, although extremely effective in fostering national identity and unity, is actually counterproductive in a perspective of peace education. To what extent are war museums willing to abandon this political role? To what extent are they willing to distance themselves, when necessary, from certain national narratives (not to say propaganda) about conflicts? The discussion promises to be quite complex and awkward, both in theory and practice.

The second important aspect on which to reflect is more related to the museum as a place that must attract visitors (this is, in general, one of the negative implications of the association between culture and tourism: if we join the logic of “commodification, marketing and sales”, the game can become dirty!). It seems to be a spreading trend for war museums that of displaying contents that are more sensationalist than pedagogical, in order to be more exciting, scenic, finally, more attractive. One of my last visits to the War Imperial Museum in London, for example, included a visit to an exhibition on the Holocaust that I found unnecessarily macabre. Equally, I found unnecessarily morbid a private museum on the Srebrenica massacre, in Sarajevo. The list could continue. In this context, it is worth to mention that many curators continue to be sincerely convinced that displaying the horrors of war represents in itself a message of peace. But this is just a widespread misconception, and some of my exploratory studies show the extent of how incorrect this idea can be.

Professor Margaret MacMillan in her book War. How Conflict Shaped Us (2021). “War is a mystery – MacMillan states – both for those who fight it and for those who watch it. A complicated and disturbing mystery. It should provoke repugnance, yet it fascinates and brings seductive values with it (…) And one of the paradoxes of war is that things worth living for seems to be the very same things worth dying for: conquest, self-defence, ideals, and emotions”. All this complex paradox is inside each of us, therefore, even in Europe, where for 70 years we have been living a long period of peace (or probably exactly because of that, if it is true that Dulce bellum inexpertis, that is, war amuses only those who have no experience of it, as Erasmus affirmed in 1515). In this context, and considering all the above, it is imperative for curators and museum institutions to reflect on the current society’s obsession with the commodification of pain and misfortune, not to get caught in this trap by proposing experiences aiming to provide the visitor with a sort of mild PTSD[2] (!!!) rather than serious reflections on war, on that specific war, and on peace. The (intentionally or unintentionally) use of trauma/war porn in war museums and war related attractions should be, thus, a debate to be undertaken as soon as possible, in order to make the best use of these places as spaces for education to peace.

In this sense, and to conclude, I want to thank “Twissen” for the invitation and the space given to these considerations of mine, hoping they will stimulate further debate. Most important, I wish that these ideas will serve as a driver for ambitious and courageous curatorship experiments in war museums, as they are one of the very few spaces in which we can effectively explore, discuss and value the fragile humanity that connects former (or actual) opponents, wars’ victors and losers, torturers and the tortured. 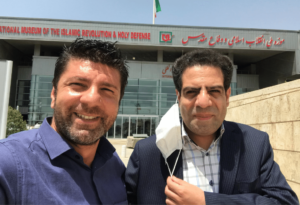 [2] Post-traumatic stress disorder (PTSD) is a mental health condition that’s triggered by a terrifying event — either experiencing it or witnessing it. The condition was first recognized in war veterans.